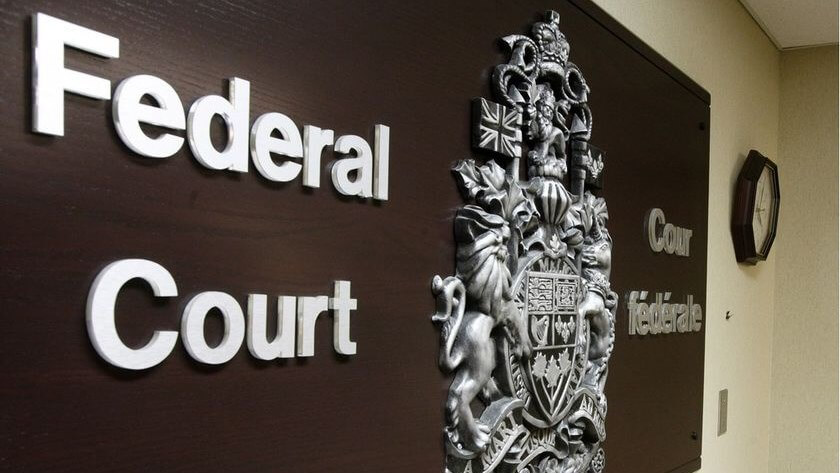 Our team frequently receives questions from applicants looking to appeal their immigration decision with the Canadian Federal Court. So far, we have not written anything on this topic: we believe that the first step after getting a refusal from the immigration authorities is to try again working around any possible mistakes you may have made in your initial application.

With that being said, appealing the refusal is a real and plausible option for all potential immigrants.

First of all, it should be noted that the term “appeal” does not correctly reflect the meaning of the procedure described below. This process is officially referred to as a “judicial review” – this is the term we will use throughout both parts of this article.

Let’s start by determining what the term entails. A judicial review is a court-ordered reappraisal of an application done by the same authority that denied it in the first place.

Filing an Application for Judicial Review

Having the Federal Court review the case means that neither the parties nor their representatives will meet in the courtroom during the trial. Instead, the court will only consider the documents submitted by the parties and will do so with neither of them present.

This makes challenge a CIC decision possible even for claimants who cannot come to Canada due to their visa being denied.

There is one main criterion that a case has to meet in order to be reviewed by the court: the denial must be due to a misjudgment on the part of the CIC. In other words, the applicant personally disagreeing with the CIC’s original decision is not a good enough reason to reconsider the denial.

When the applicant applies for a judicial review, they must show proof of serious errors on the CIC’s part that have negatively affected the outcome of their application. Fulfilling this requirement is absolutely necessary for the judicial review application to be accepted by the Federal Court.

Having the Federal Court determine that the denial was caused by mistake on the part of the CIC does not change the status of the application. What happens next is that the immigration authorities will be forced to cancel their initial decision, accept the application for reconsideration, and entrust it to another immigration officer.

Whatever the case may be, the CIC is the only regulatory authority with the powers to make any decisions on immigration and visa applications.

Let’s review several sample cases where the adverse actions of CIC immigration officers had become the basis for a Federal Court judicial review.

The claimant, whose primary occupation was on the eligible skilled occupations list, had applied for immigration through the Federal Skilled Worker program. To prove their work experience and skill set, the claimant had provided a recommendation letter from their employer written according to the requirements published on the CIC website.

The immigration officer tasked with handling the claimant’s case denied their application. Their reasoning behind that decision was based on the fact that the letter failed to elaborate on the nature of the employer’s business. The reference letter requirements listed on the CIC website do not indicate that these letters should go into detail when describing the employer’s field of activity.

Another factor that determined the officer’s decision was the claimant not having the right degree for their occupation. The guidelines that immigration officers adhere to clearly stated that the applicant’s degree should not be taken into consideration when determining their eligibility for the Federal Skilled Worker program.

The Federal Court determined that the immigration officer’s decision was unjustified. The claimant’s case was reopened, they were granted a visa, and have since successfully moved to Canada.

The claimant – a Ukrainian citizen – had applied for a temporary Canadian visa for themself and their family while traveling in the United States.

The immigration officer handling their case denied the claimant’s application. The officer explained that the supporting documents provided by the claimant were “in Russian, untranslated, and impossible to verify.”

Contrary to the facts provided by the officer, all of the supporting documents provided by the claimant were in Ukrainian (not Russian) and submitted along with certified translations. The statement regarding the documents being non-verifiable is incorrect in its essence: the guidelines the CIC provides to applicants do not specify that the submitted documents need to be verifiable in any specific way. The claimant should not have been held accountable for not following a non-existent rule.

Additionally, the officer noted that the claimant should have submitted their application in an immigration office located in their country of origin and not the United States. Other listed reasons for denial included the claimant’s history of international travel, employment status, and financial situation.

The case was reopened due to the obvious errors on the part of the immigration officer. The claimant and their family were granted the temporary visas they initially applied for.

The claimant had applied for immigration via the Federal Skilled Worker program in 2014. Their job experience and skill set were proven by the extensive amount of supporting documents provided with their application.

Early in 2015, their application was sent back: the immigration officer determined that the claimant’s occupation had not been sufficiently proven. By that time, the old Federal Skilled Worker guidelines had been rewritten and the claimant could not send their application back for reevaluation.

The Federal Court ruled that the claimant’s supporting documents were more than enough to prove their occupation. Their case was reopened and handled according to the 2014 guidelines for the Federal Skilled Worker program.

The second part of this article will explore the process of filing for judicial review and the review process each application goes through.

Want to immigrate to Canada?

We are here to answer